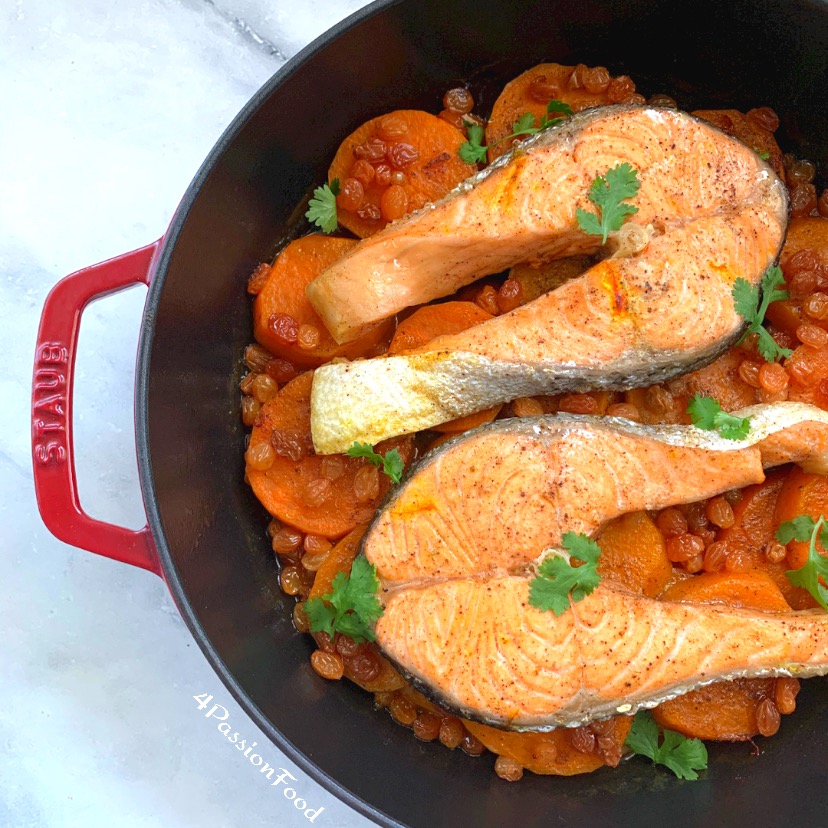 The tagine is a staple of Moroccan cuisine, simple to make, healthy and above all delicious.

The recipe I share with you today is a sweet – savory tagine of salmon with sweet potatoes.

This kind of sweet and salty fish tagine is very well known in certain Moroccan coastal towns. More precisely the towns of Safi and Essaouira which are known for their “Tfaya” fish tagine.  The « tfaya » is a kind of confit prepared with raisins, caramelized onions with honey, all flavored with cinnamon and saffron.  It is usually used as a garnish for couscous and meat tagine.

How to make today’s dish?

It’s best to use a tagine pan for cooking, otherwise a cast iron casserole with a lid will be fine.

In the bottom of a tagine dish, sweat the sliced onion for few minutes before adding the coriander and the sweet potatoes cut into rings.  Cover and cook for about 30 minutes before placing the salmon steaks previously marinated in a mixture of lemon juice, honey, saffron and Ras El Hanout.  Cover and cook for 45 minutes, basting the salmon steaks regularly with the sauce.

Cooking time may seem like a lot to you for fish, but cooking in a tagine allows for stewing which gives the salmon an incomparable softness.

What is Ras El Hanout?

Its composition varies from family to family and from grocer to another .

Ras El Hanout is most often used to enhance the taste of a dish but it should not be overused.

Basically this mixture of spices is used in meat tagines such as the famous “M’hamer” , most often prepared during Eid Al Adha.

But now it is also used in sauces or soups like this magnificent cauliflower soup in Ras El Hanout and coconut milk, or with a butternut hummus recipe soon on the blog or in baking.

The advantage of Ras El Hanout is not only that it flavours dishes wonderfully, but keeps for a long time and very well. Provided it is placed in an airtight container away from light and air. 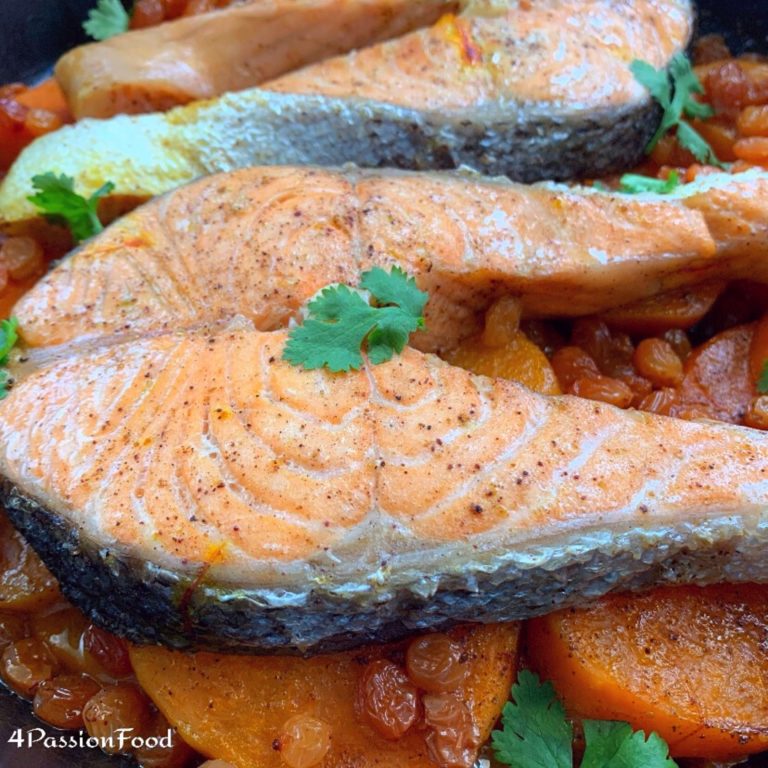 It’s better if you can use a tagine “clay pot “ to cook this dish, if not a regular pot will be fine.