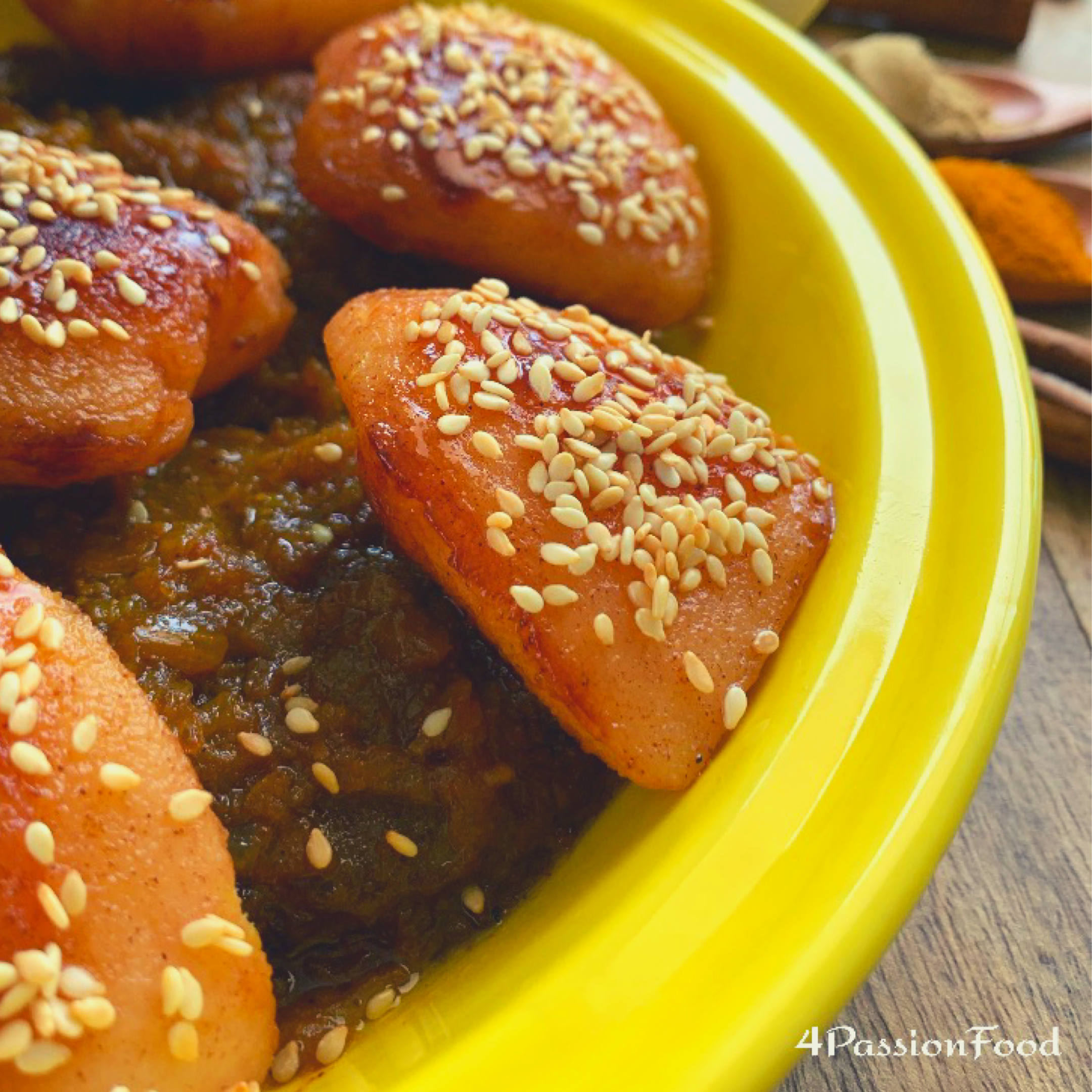 The tagine, at its base, is a terracotta kitchen utensil, topped with a cone-shaped lid. It allows food to be stewed, thus preserving its flavors and benefits.

In Morocco the tagine is a family sharing style dish, which is eaten with homemade bread.

You can prepare all kinds of tagines: with meat (chicken, beef, lamb and goat in certain regions of Morocco).  With fish, most often marinated in a kind of sauce made from fresh herbs (coriander and parsley) and spices called “chermoula”. Or quite simply a vegetarian tagine, there are often seasonal vegetables.

Today I’m sharing with you a tagine that I particularly like, “lamb tajine with caramelized quince” – “طاجين بالسفرجل معسل” -. An autumn tagine, very tasty and full of flavours, with cinnamon, ginger and turmeric.

A seasonal tagine and one of the traditional sweet and savory dishes, which is usually made with lamb, which you can replace with veal.

I have already suggested the recipe for sweet tagine – savory with chicken and apricots with orange blossom, which you will find HERE. 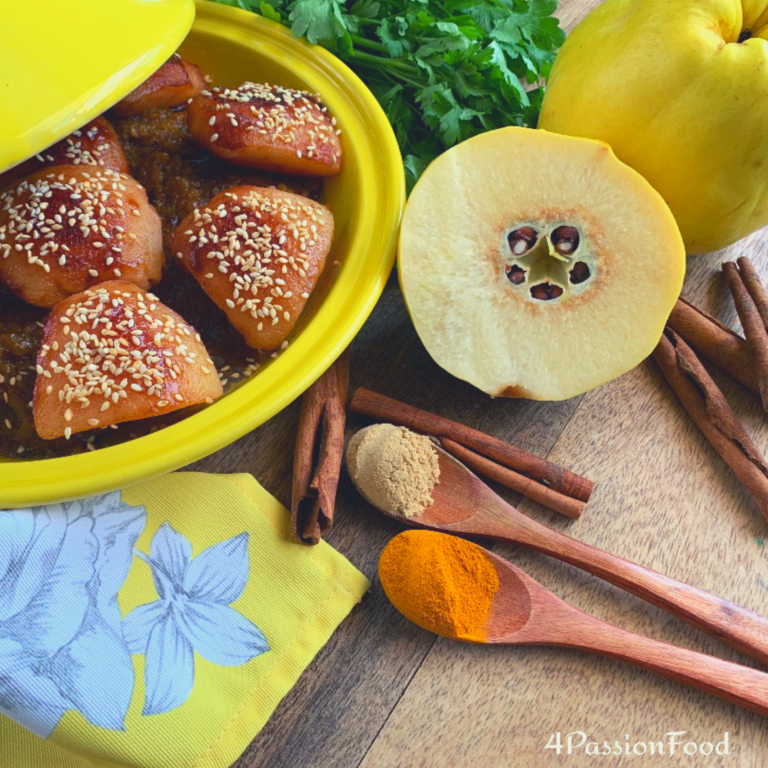 The meat can be marinated the night before to soak up the spices. The cooking time of this one will vary according to the pieces and the meat chosen: lamb, veal or beef.

If halfway through cooking you notice there is almost no liquid and the meat is not cooked yet, add few  tablespoons of water to avoid the tagine from drying out and sticking to the pan.